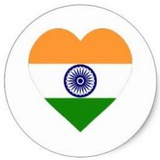 Located at an altitude of 600 ft. and at a distance of about 15 kilometres from Munnar, Kerala, Echo Point is situated right in the lap of a quaint lake and misty hills covered with lush green trees. As the name suggests, this place is well known for its enthralling illustration of the phenomenon of echoing. As you scream, it is fun to hear your voice reverberate around the attraction again and again.
🇮🇳 @India | @Indian 🇮🇳

Ramabhar Stupa, Kushinagar, Uttar Pradesh is a large stupa of brick and mounds, representing the exact place where Gautam Buddha attained Mahaparinirvana (Moksh/Salvation). Visit the place with great respect, pay homage to Buddha and meditate in a peaceful environment for a few minutes, to understand the teachings of "Enlightened" one. You may move in clockwise direction around this Stupa.
🇮🇳 @India | @Indian 🇮🇳

Nandi Hills, or Nandidurg, is a hill fortress in the south Indian state of Karnataka. Tipu Sultan Fort, a summer retreat of the namesake 18th-century ruler, features stone carvings and wall paintings. Prisoners are said to have been thrown to their death from Tipu’s Drop, now known for its panoramic views. Local Hindu temples include the hilltop Yoga Nandeeshwara Temple, guarded by a huge statue of a bull (nandi).
🇮🇳 @India | @Indian 🇮🇳